Edison Research is launching their “Twitter Usage in America 2010” report today with a live webinar. The report is part of their full Internet & Multimedia Study and includes some quality data. Here are some of the highlights:

There are still, relatively, very few of us living and breathing Twitter on a regular basis (and sharing our breakfast choices).  The users driving the content on Twitter are not reflective of social networking users as a whole. They are very much early adopters and more comfortable interacting with brands. This is great for marketers looking to engage influencers.

Marketers can clearly find in Twitter a healthy community of influencers ready to engage. But as Tom points out, Twitter users are a bit of a different breed. Marketing strategies that work well on Twitter may not hold true within other communities. Many marketers would no doubt agree with this assessment, but it is very interesting to dive into some of the data behind it. 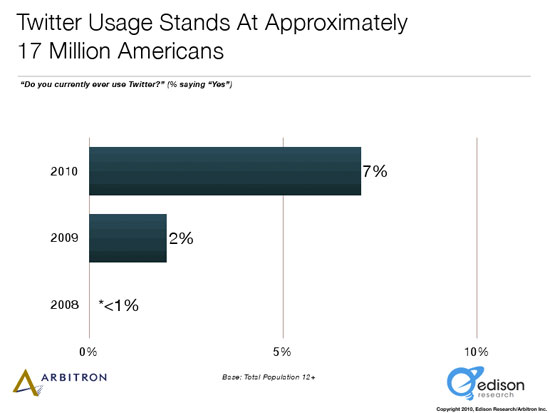 Why are so many African Americans on Twitter (There are Black People on Twitter)? Who knows. Why do so many white people love Frisbee Sports? It does not really matter why, but it’s important as marketers to understand the demographics of the channels we are marketing in. Depending on the brand in question, this may or may not be important to your marketing. Nevertheless, this demonstrated even more that Twitter is an outlier. 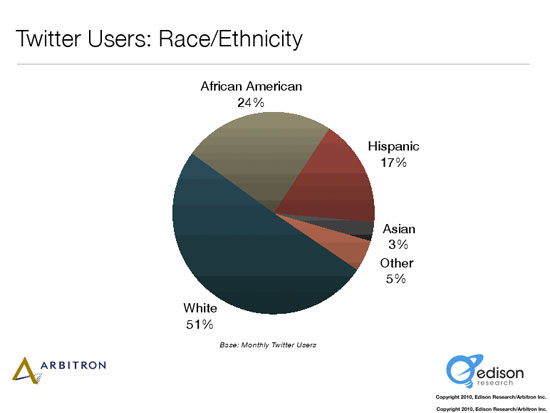 And now for a couple surprising numbers…

If you were on Twitter in the past year, you had a significantly higher chance of improving your financial situation. The question is why? Is it because Twitter users are more likely to be business owners? Entrepreneurs? 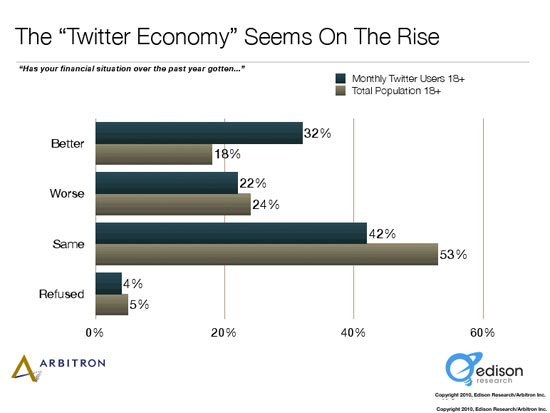 Oprah, Ashton, The Real Shaq oh my. Thanks to some celebrity and media love affairs with the blue bird in question, Twitter has shockingly infiltrated 87% of American brains. To jump from 5% to 87% in 2 years is quite the leap. So while 17 million Americans are the only ones truly using the service, hundreds of millions know we are here. Twitter can continue to have a large influence (as large as Facebook) on what society talks about with a much smaller core user group. 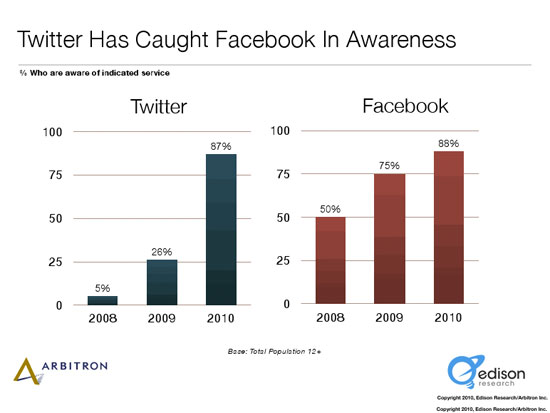 Thanks to Edison for the great data. Check out the the webinar or download the full report.

Jason Keath is a refreshing voice on creative culture and digital trends. He is a keynote speaker, writer, and entrepreneur.